What is Conventional Fishing?

What is Conventional Fishing?

Today, we are talking about conventional rods and reels. We'll be covering what you need for your style of fishing and how each works. If you're just getting started fishing, this article will be a great resource for you. 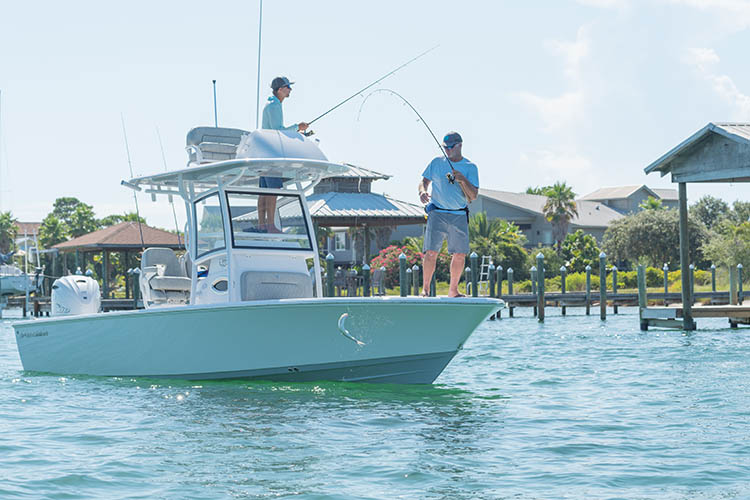 If you have caught a fish in your lifetime, there’s a pretty high chance you caught it on a “conventional” fishing rod and reel. Conventional fishing is easily the most known way of fishing, from farm ponds to offshore a conventional rod and reel can do it all. They come in several styles from Mickey Mouse push button to giant long rods with electric reels on them; you just have to know what you’re setting out to catch to choose the right one for you.

Some may be reading this thinking, conventional, well that’s bigger reels like baitcasters and offshore reels. We are saying conventional to discuss the use of conventional lures and baits. Unlike fly fishing with flies, netting fish with cast nets, or spearfishing with a speargun, you’re using a standard fishing rod with one of a few standard reels such as push buttons, spinning reels, and a conventional reel (baitcaster/open faced reel). 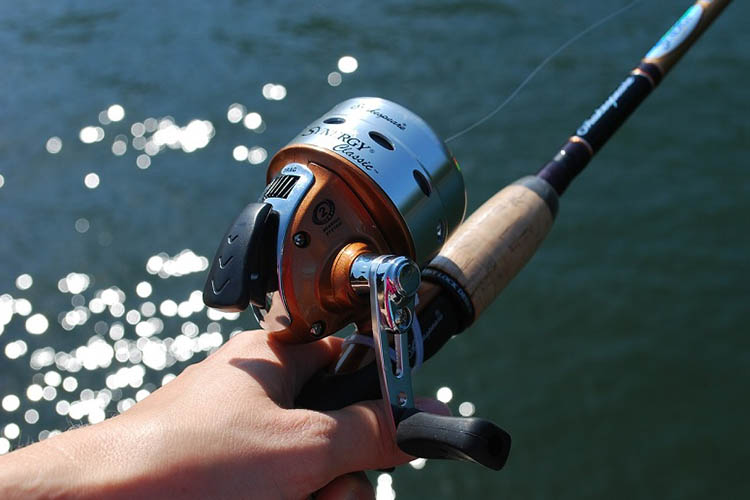 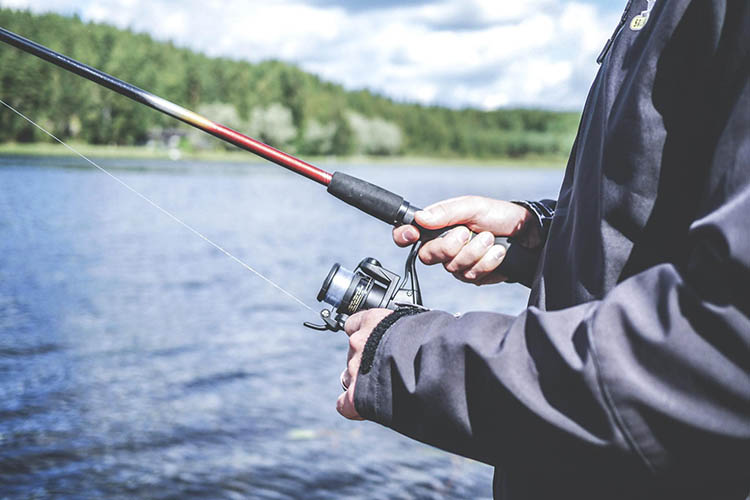 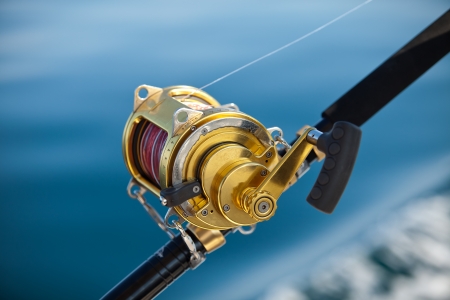 By definition, conventional fishing and spin fishing would be different but both are used with relatively the same lures and bait to target the same species. A push button reel is the most different, but we are roping it in because we know you all have a child who likes to fish, and this is going to be their best method until they get older and can learn to cast a more advanced reel. I know the struggle of those more advanced reels; I am a professional at bird nesting a baitcaster. If you're like me and need a good lesson, click here to learn how to cast a baitcaster.

For the kiddos, a small rod and reel combo is the way to go, you may have seen them decorated with Micky Mouse, Spiderman, or Barbie and they probably had a big red bobber on their line with a big juicy worm on the hook hoping to get them some little blue gill. This is a type of conventional fishing, just as deep-sea fishing with a $4,000 electric reel is also a type of convention fishing. 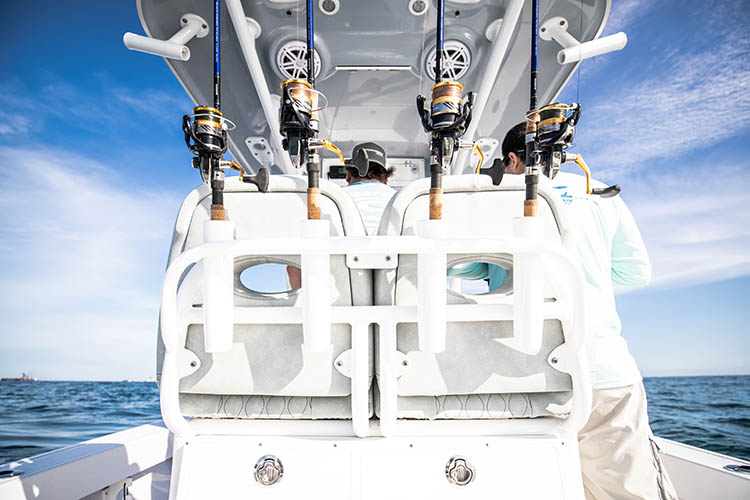 Operating a push button is simple, push the button, hold it down as you cast forward, and let it go. The release of the button allows line to unspool and the weight of your lure or bait is what pulls the line off the reel as it’s traveling out. This being unlike a fly rod which uses the weight of the line to cast. A spinning reel, is relatively the same as a push button, just minus the button and the cover over the spool. When casting, you have what’s called a bail, the bail is the metal loop that wraps around the top of your reel and when flipped up it releases line. When casting a spinning reel, you’d have your finger against the line, release the bail, and then as you swing forward to cast you’d release your finger allowing line to be taken off of the spool. Once your bait is in the water and at your desired depth, you would flip the bail back down and either reel it in if you’re using a lure or wait for a fish to bite! When freshwater fishing, you’ll notice that lighter weight rods are used with these two types of reels (push button and spin) and they’re casting either lightweight lures or smaller baits. You won’t see many people using a baitcaster for casting small lures, instead they’ll be using a spinning reel. 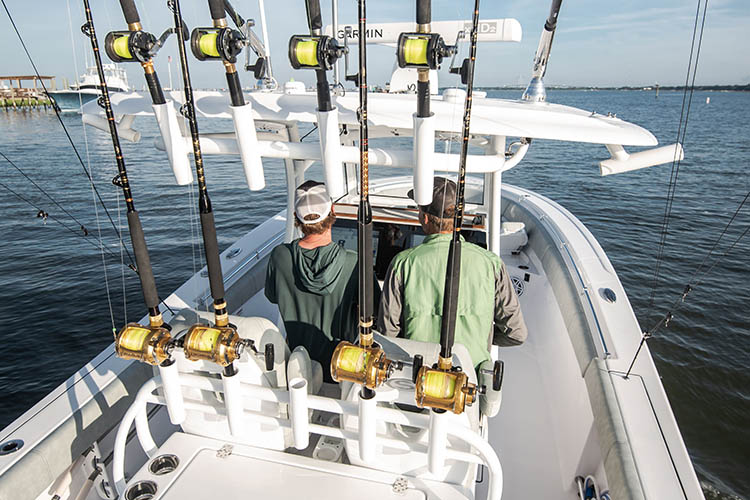 Moving on to the more technical reels, these are used with larger lures when bass fishing or large baits offshore where you need a lot of strength to cast your bait and fight big fish. These are what we would call a baitcaster or conventional reel. Conventional reels have what is called a level wind. That is a piece that moves from side to side on the reel as it spools line, this allows line to be evenly distributed along the reel. Going along with these conventional reels you have eclectic reels which operate the same, however they’re electric, so you don’t have to worry about reeling in all of that line that you allow out. When you see this used most is offshore while fishing for big species. Something like a Marlin will wear you out and the fight will normally take anywhere from 45 minutes up to a few hours with the longest recorded fight being over 32 hours. Most people will fight a fish for a few minutes and feel like it was ages, when you have a fish on for 45 minutes, it’s going to physically drain even the biggest of men. An electric reel allows you, as the fishermen, to fight the fish as long as you want but when you get tired rather than struggling and possibly losing the fish, with the push of a button the reel can take over for you and allow you to get a quick breather before it’s time to get back in the hot seat.

When looking at rods, it’s fairly simple to understand. Spinning reels are going to use spinning rods, typically shorter and lighter. Conventional or baitcasters are going to use a casting rod, these are usually longer and heavier. You’ll see a lot of people using ultra-light spinning rods when fishing creeks for bass and when on a lake where they need to make longer casts, they’re using casting rods with baitcasting reels. Most of the time, you select your rod before you select your reel, you need to select a rod for the type of reel you want to use, and the size and weight of the rod will be determined by the size of the target species.

Whether you are brand new to fishing or a seasoned expert, there’s always more to learn about the sport, we love. For the new guys and gals we recommend finding a local bait and tackle shop, stop in and ask to try out a rod and reel. They’re going to be able to help you get what’s best for your needs. Other great options are to hire a guide for a day and get your moneys worth. Ask them a million questions, watch every move they make, and catch some fish. If you’re buying for a kid, head over to a local shop and pick up a cheap little push button rod, they make great rods to start with plus they make for a great laugh later in life when your child looks back to see their first big fish on a tiny rod with Buzz Lightyear on it.

Every rod and reel you use has its purpose. Choose your rod and reel based on your experience, comfort level, lure/bait, and target species. You’re most likely not going to tournament bass fish with a push button reel but you’re also not going to fish blue gill on worms with a baitcaster. The best piece of advice is know your gear, know what’s best for each scenario and choose a combination that will lead to the best possible results when fishing. After all, fishing is more fun if you are actually catching fish!